Microsurgical techniques have become established in plastic periodontal and implant surgery. They allow the clinician to perform very precise surgery with smaller instruments and finder suture materials than was formerly possible. In addition, new flap techniques have come up. In order to reduce the number of vertical incisions and to not even cut any papillas, tunneling techniques were developed. These might result in a benefit in natural appearance, more harmonious transitions between tissue structures and the absence of scarring in the esthetic zone. Do tunneling flaps provide relevant advantages over former concepts in plastic esthetic periodontal surgery, such as improved wound healing? In his lecture, Dr. Zuhr will introduce and discuss the essential parameters of a successful treatment outcome with clinical cases and give an overview of innovation and evidence in tunneling flap procedures. 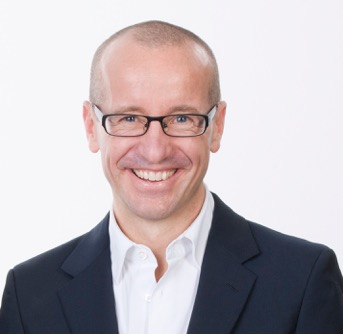 Dr. Otto Zuhr studied dentistry at the University of Aachen from 1986 to 1992. In 1992 he received his DMD from the Department of Oral and Maxillofacial Surgery in Aachen. Several educational programs led him to Switzerland, Scandinavia and USA during the following years. From 1999 to 2008 he worked together with Drs. Bolz, Wachtel, and Hürzeler in the Institute of Periodontology and Implantology (IPI) in Munich. In 2001 he received his Specialist in Periodontology of the German Society of Periodontology (DGP). Since 2008 he is in professional partnership with Marc Hürzeler. Presently he`s holding an assistant professorship position in the department of periodontology at the University of Frankfurt (Director: Prof. Peter Eickholz).

Otto Zuhr has written several articles in the field of periodontology and is lecturing nationally and internationally. From 2007 to 2014 he was board member of the German Society of Periodontology (DGPARO). His book “Plastic Esthetic Periodontal and Implant Surgery” was published by Quintessence in 2012.